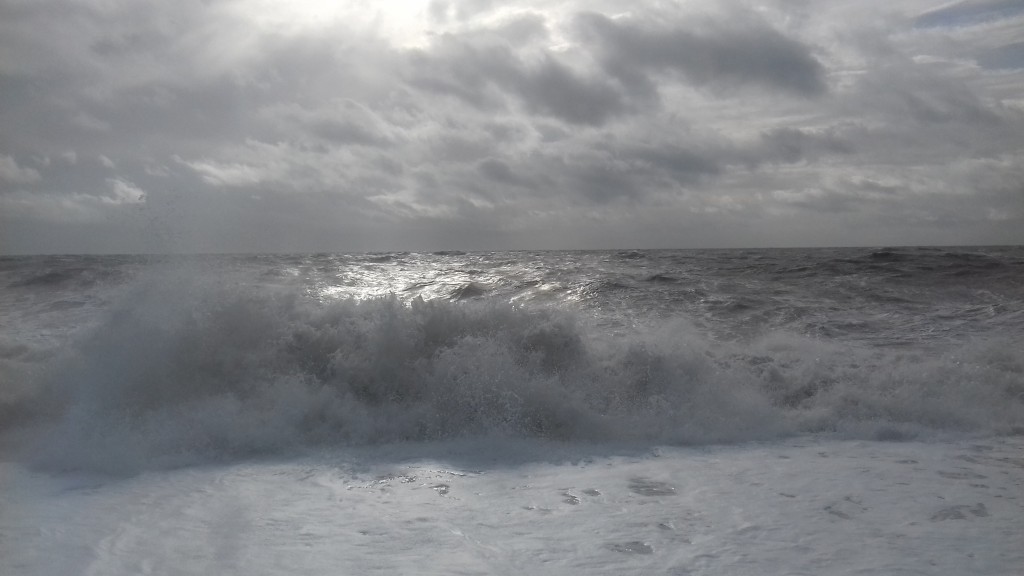 …and I stand and look at it directly, in the eye of the storm, and shout as loud as thunder. And still you do not hear. But it stills and it quietens, and I walk on. 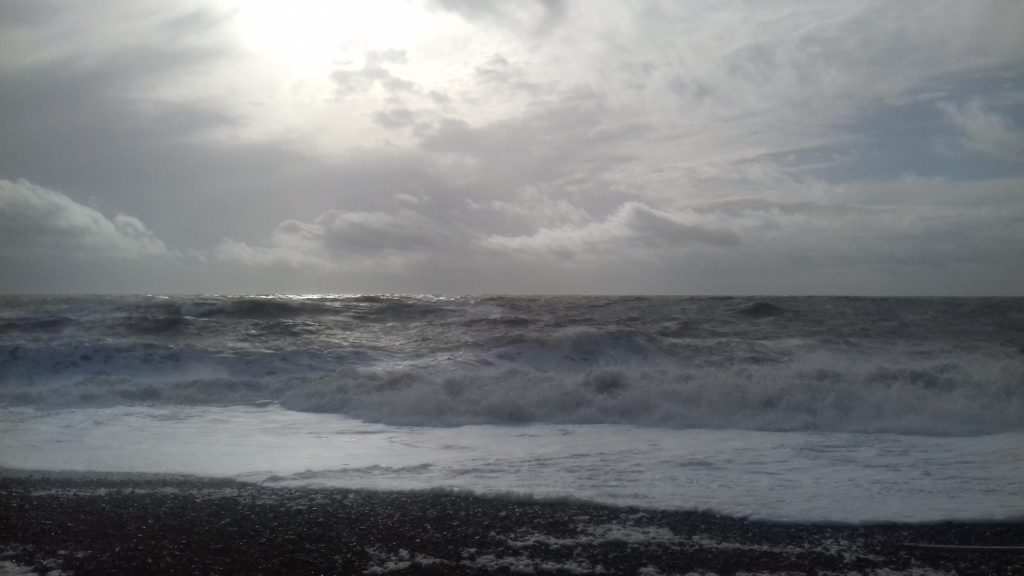 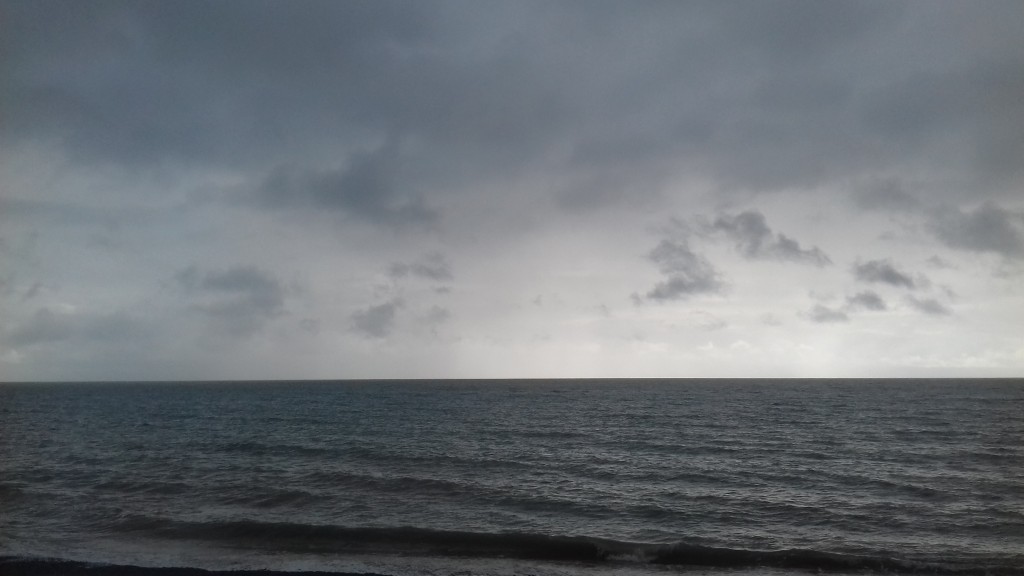 Waves as tall as me. Tide so high we stand face to face. I am confronted full force with what is out there. It comes at me, throwing stones. Impossible to outrun, the tide keeps coming. Water loops around as the sea wall stills its power, I am just out of reach. It claws up further before a slap across the ground spills over, picking up speed, reaching my feet, passing my ankles, and then dragging me back to the ocean. 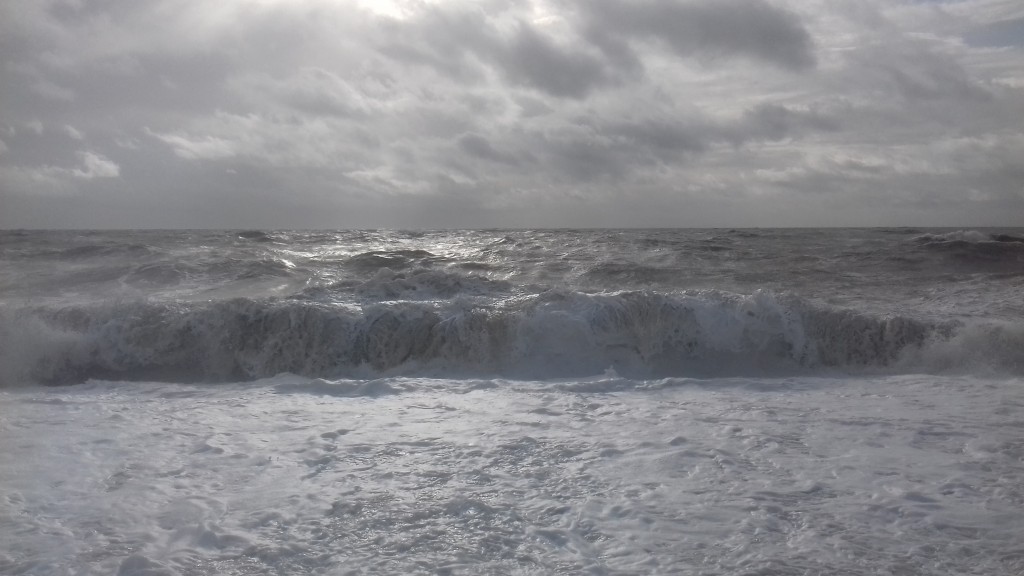 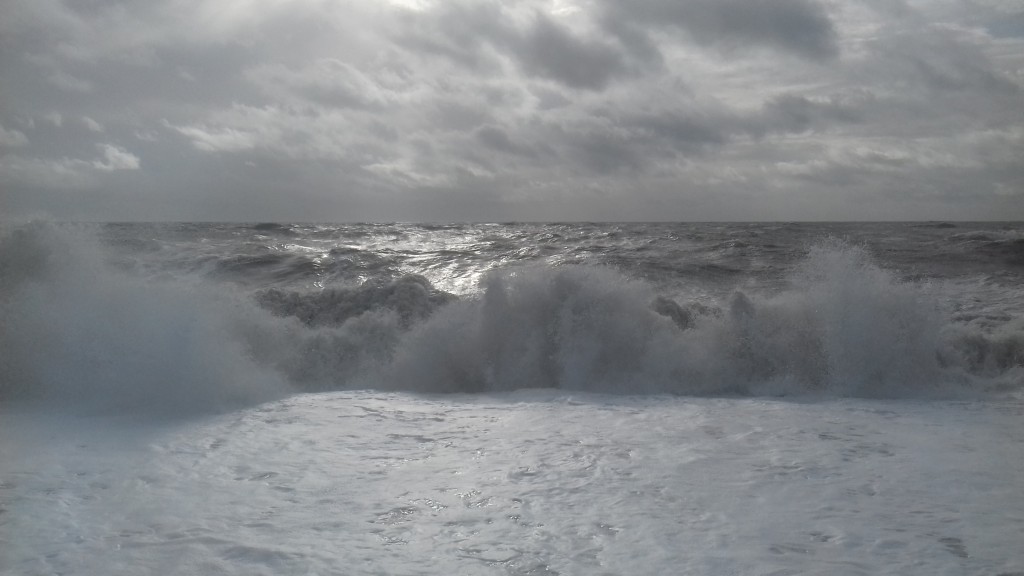 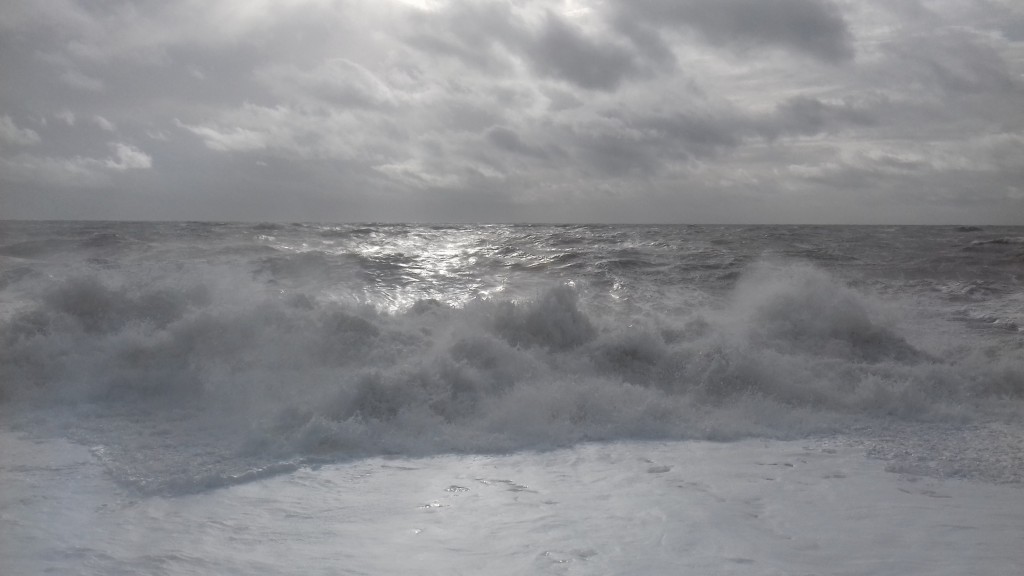 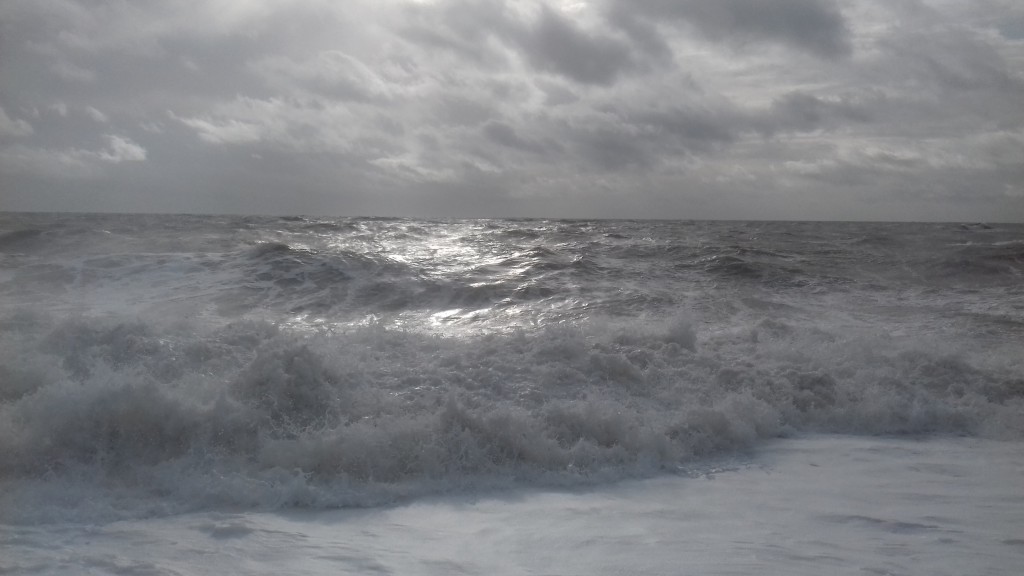 There are days when there are no edges. I blur into the air around me, skin unable to hold me in. I smudge at the corners – leaking out and absorbing everything beyond. The world drifts in and passes through, dragging my insides out as it goes. I try to scoop it all up as I pool across the floor.

It feels like I’ve left a bit behind, slipped into a crevice, or held on too tightly to something else that doesn’t belong. A curious feeling is left where nothing seems to fit, something is lost, nothing is defined. 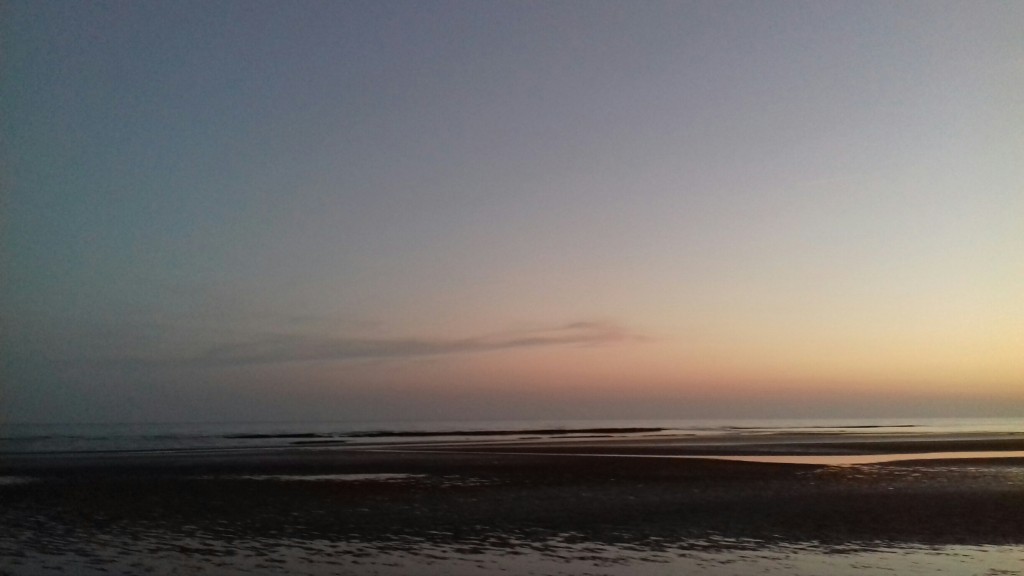 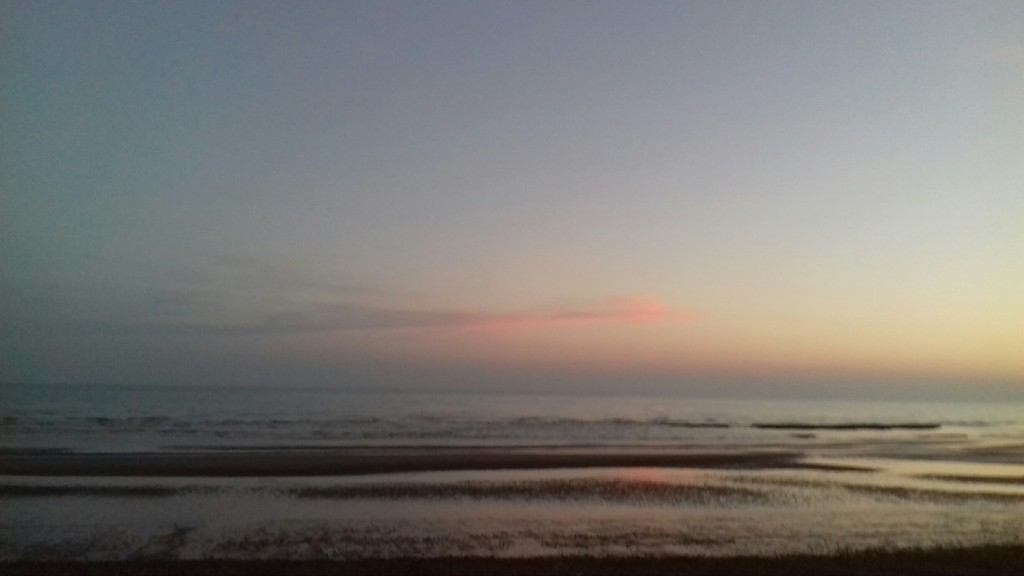 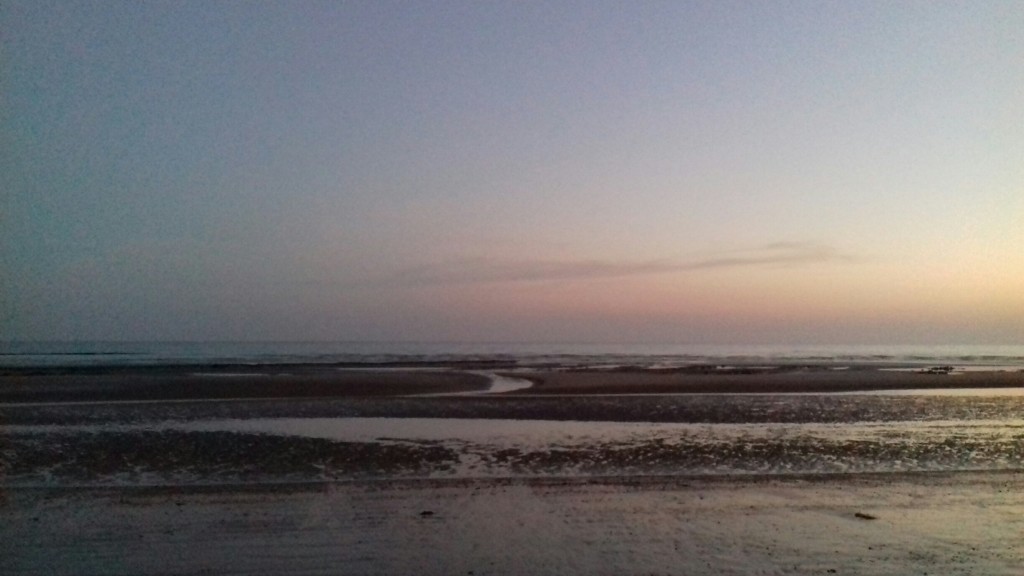 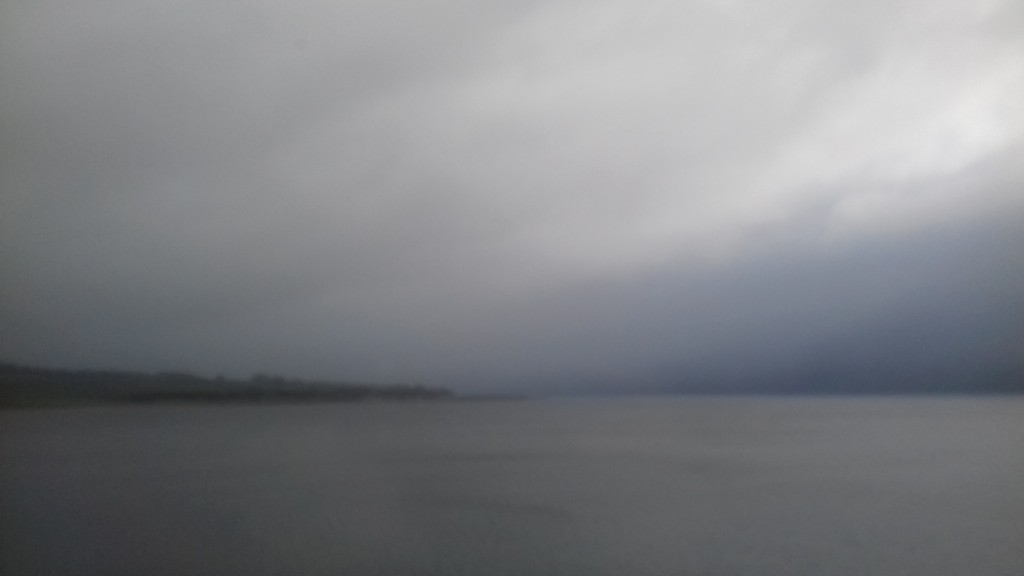 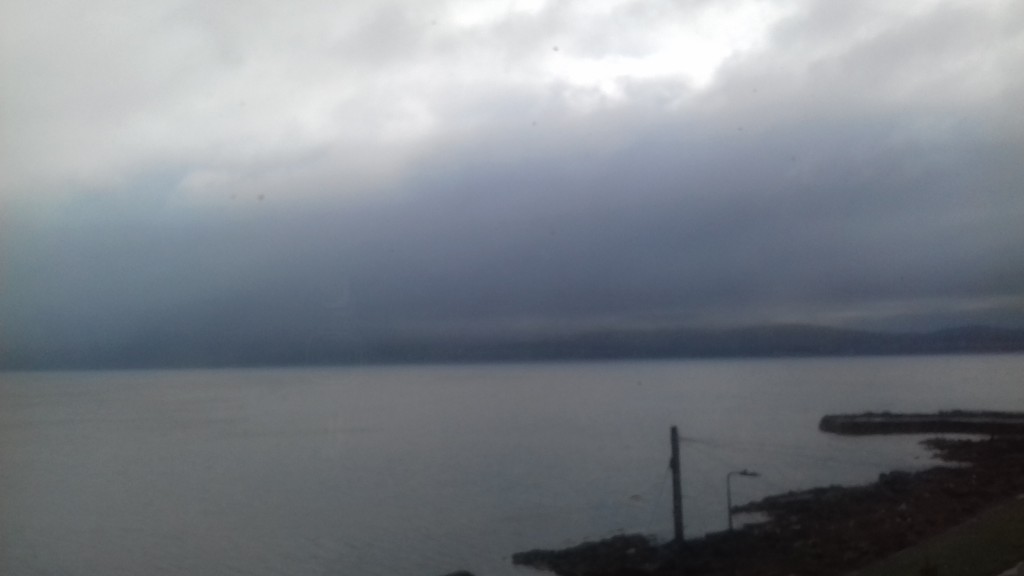 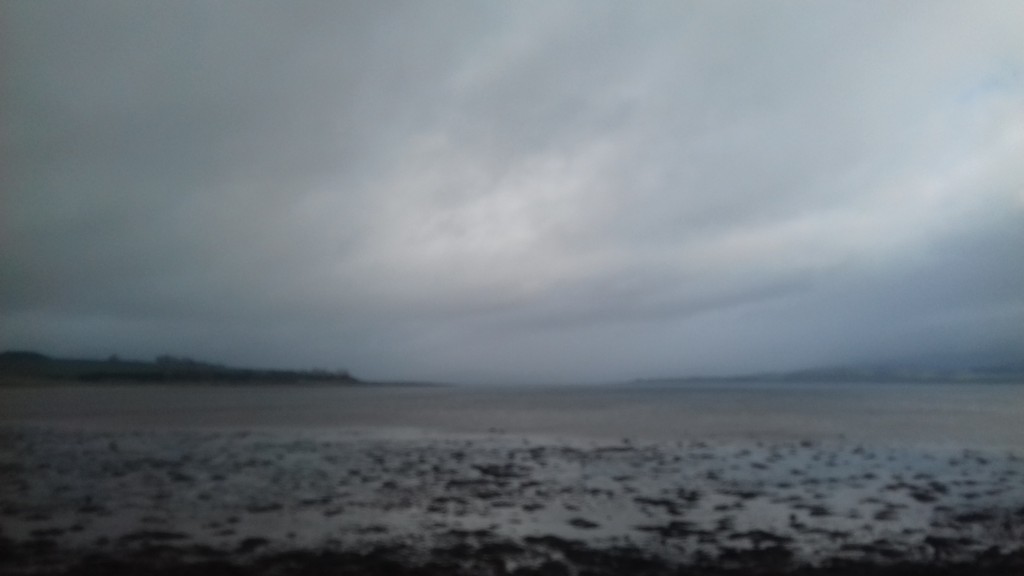 Tracing paths through the south downs during August and September – after all the heat and parching of the ground in June and July – I watched as new colour came from what had looked barren and dead.

Following the same foot steps day after day, repeated actions made change all the more noticeable. Rhythms and pace – slow enough to see, quick enough to show. It had all looked so dry, so without promise. Then the rains came and wild storms, churning and hurling and soaking the ground. Day by day new things grew, a brightness unworthy of what was before. Rainbows spreading outwards, in hedgerows and under foot.

It’s raining. Hard penetrating rain. Every layer soaks through. Water bounces up from the ground to splash anything the falling rain misses. Dampness in the air sneaks between buttons and zips. A dance of osmosis – anything dry attracting the wet, soaking it all up until everything is saturated.

The view is soft. The rain is hard but it’s presence softens the landscape. The outcrop of land in the distance is obscured by mist and dampness in the atmosphere. There is a weight, a screen the rain has brought – an atmospheric cataract. The view has shrunk. The world is smaller on days like this. It is empty too. A few solitary dog walkers and ardent joggers, the only life to interrupt the hardness of the ground and the thickness of the air. A shared experience of isolation and coldness draws us together – a nod, a word – in passing.

After the jubilance of the start to a new season, the heaviness of change sets in. New things bring new energy, and then reality falls. An endurance is needed. A buoyancy at the outset, a surge and a rush, expects some payback. Everything slows and hardens.

I am caught out again. No matter how many times this cycle loops round, I am surprised each time. Stranded on a desert island – an island without sand or sun. There are no three wishes or essential items. It is barren and chilled. My world shuts down outside and in. How easy it is to get cut off. How quickly things overwhelm. It becomes too much and too little all at once.

The edges blur: land, sea, me. Smudges of pigment slip into each other. Nothing is defined, there is no clarity of form – no discernible depth or texture. A heavy thick nothingness fills the sky and the world in front of me. 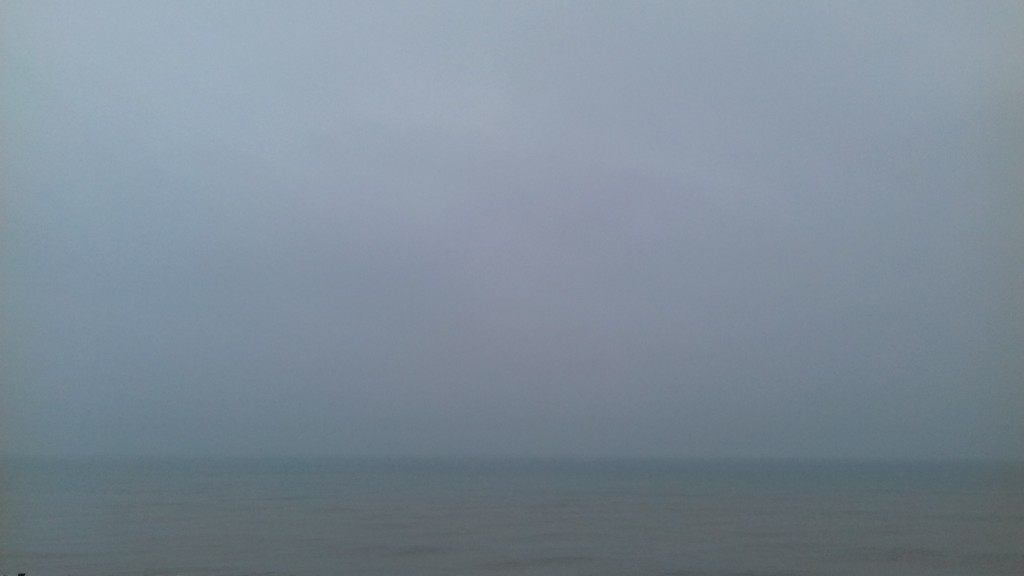 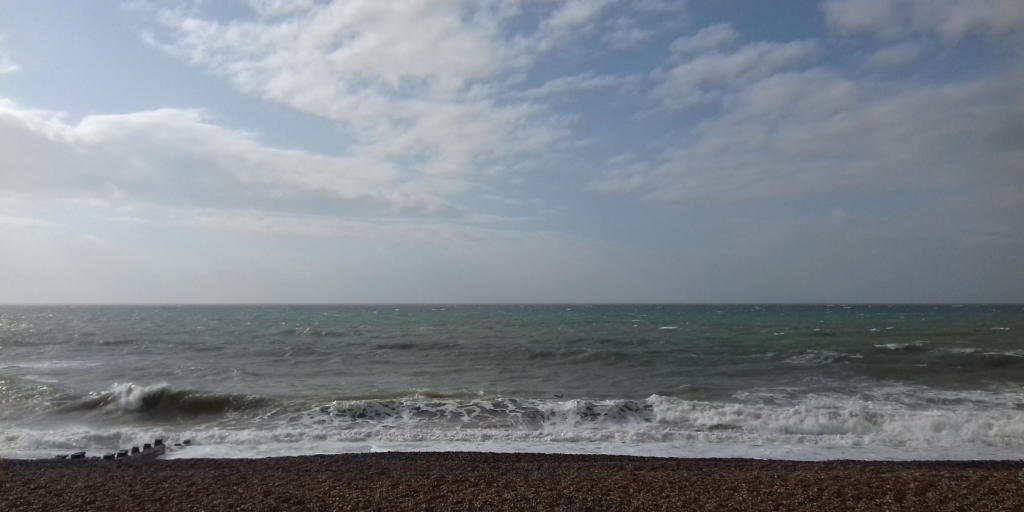